Lead the backend platform architecture, and database migration of 18 years worth of data (+100 million comments, +20 million nodes and +1 million users), from Lithium to Drupal 7 CMS. Responsible for architecting the backend framework, including the contributed modules to use, custom modules needed to be build. Provided and enforcing PHP and Drupal best practices including DAPI. Integrated a continuous and automated deployment process and scripts based on Drush and custom Bash Scripts to handle our weekly sprint releases. The release scripts act as release instructions, reduces the probability of human error by the quality assurance team, and most importantly it guarantees to run the same release instructions on every integrated environment.

Develop and maintain systems composed of a framework based on Kohana for serving front end users, and the content management system, Drupal 6 for providing a REST/Services API for feeding the data to the framework. Developed a caching system for REST services, and the entire system to fully utilize APC, Memcached layer and Varnish to provide end users with the best user experience possible. The cache system acts upon Editorial actions, such saving, updating or deleting nodes.

Developing, scaling and maintaining a REST API feeding content to Astrology.com as well as their editorial platform. The REST API is an extension of our primary Services and it fully integrates with the custom built-in cache system.

While at Time Out Magazine, the objective was to built several Drupal components for digesting third-party data, and exposing content type data thru custom APIs; which other media & publishing entities would then consume.

The full implementation consisted of using the Feeds contributed module, as well as an elegant custom module to parse 3 different third-party data before coming thru the Feeds pipe. The logic was heavily tested and optimized in order to have updated and relevant content during the peek hours of the day and to handle the amount of traffic coming in.

Developed and maintained enterprise class websites and applications based on PHP and Drupal. Collaborated closely with the lead backend developer to support and expand on existing Drupal architecture for websites with over 10,000 active users with an average traffic of 50,000 page views per day. Responsible for working closely with clients, project managers, quality assurance team and a team of over 20 developers around the world. Clients included International Data Group (IDG), ITworld.com.

Supported and integrated the main ITworld, and ITworld Answers website in the content management system Drupal. Built custom modules for supporting actions, triggers and comprehensive user stats; which were fully integrated to work with Social Network APIs including Facebook, Twitter and LinkedIn.

Developing modules under CMS Drupal and WordPress Mu for sites such Fox Business Quotes, The Fox Nation and Fox News blogs such Gretawire and Liveshots. These modules were built by using their respective APIs and included functionalities such; allowing users to create RSS/Atom feeds from other feeds with a full integrated drag and drop interface, dynamic Meta tags injection for search engine optimization, and a content processing module with full RAMP technology integration to create content related links.

Created modules for social networking site, including modules that allow users to change their profile’s page, and an advertisement system that communicates with OpenX Ad Server to deliver ads. Extended existing modules by adding new features; including features to filter advertisement based on user’s interest. 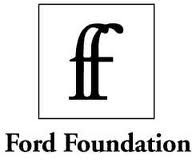 Developed Flash applications under AS3, including applications that gathered data from user interaction under an enterprise-wide environment for hundreds of users. Creating add-ons to existing web applications in ASP.NET, VB.NET and JSP.

Developed an animated and interactive application under Flash 2004 and ActionScript 2. The application was showcase for a company presentation for about 200 people and it allowed users to interact and access information about the company.